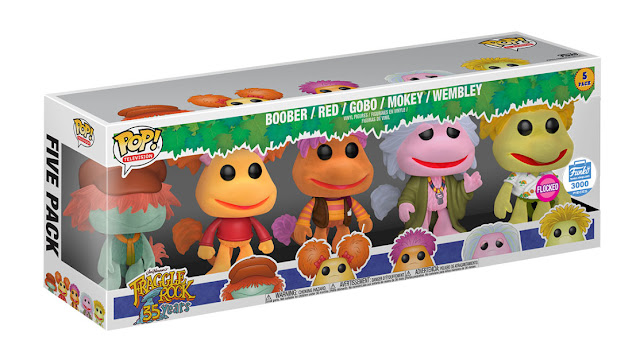 Awesome Fragglish Funko News! The five main Fraggle Rock Pop figures are now available in a limited edition boxed set!!! All five figures are flocked and are being sold through the Funko online shop as an exclusive run of 3000 pieces! https://shop.funko.com/pop-television-flocked-fraggle-rock-5-pack.html Get 'em while you still can!

A little bit of speculation.... I'm hoping the arrival of this five pack set is a sign that because the Fraggles have been selling so well Funko is interested in creating more product for us Fraggle/Muppet collectors! It would be awesome if this momentum lead to Funko releasing a 6 inch Junior Gorg at some point! Fingers are crossed! :) He would look so cool next to Ludo, Snuffy and Big Bird!