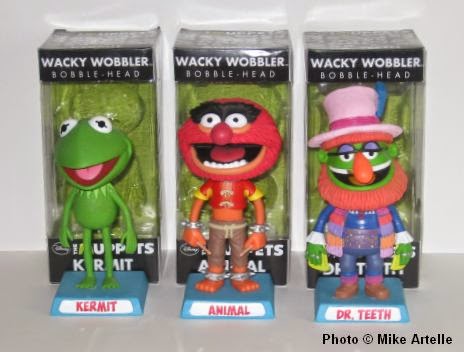 In 2013 Funko introduced their collection of Muppet Wacky Wobblers. In addition to Kermit, Animal and Dr. Teeth (shown above) the set included Miss Piggy and Fozzie Bear.  I really enjoy these figures and find them to be the best Muppet collectables made in quite some time. It would be really awesome if Funko would make additional characters, especially Floyd Pepper. He would look awesome in this style next to Dr. Teeth and Animal. Funko has recently added two new Muppet characters to their Pop Vinyl figure series, so here's hoping they will also be making some new Muppet Wacky Wobblers. 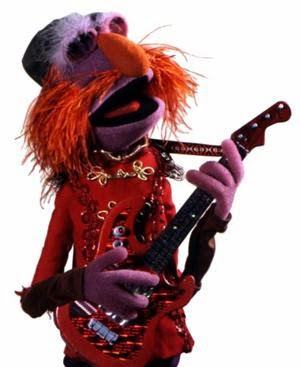 Wouldn't it be nice to have a Wacky Wobbler of Floyd? It's always baffled me as to why he's not marketed more often as he's easily one of the coolest Muppet characters. I've e-mailed the Funko company to ask if they will be making any more Muppet Wacky Wobblers but have yet to hear back. Maybe if enough Muppet fans contact Funko, the company would be more inclined to produce another series of Wobblers? Who wants more? I do, I do!!!
Posted by Mikey Artelle at 10:09 AM