"Presenting the further adventures of everybody's favourite hero, the man who is faster than lightning, stronger than steel, smarter than a speeding bullet! It's Super Grover!" 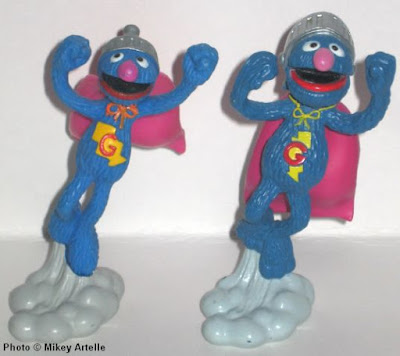 In the early to mid 1980's Applause made (to my knowledge) the very first Super Grover PVC figure, shown above left. Roughly two decades later in 2004 a very similar PVC figure was produced, and is marked 2004 on the base. This figure was then reissued in 2010, shown above right, marked 2010 on the base. It was then reissued a third time in 2014, marked 2014 on the base. I have yet to determine what company it was made by. It's possible that it was made as a cake decoration and sold with custom cake orders through grocery store bakery departments. The above two figures are so much alike that I didn't notice this variation until recently (in April 2020). Once I found out about this interesting variation, I had to have one for my collection. Below are additional images comparing the two figures. 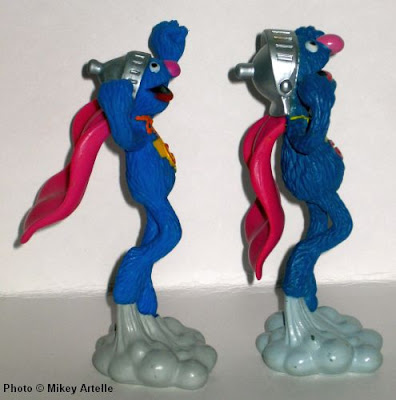 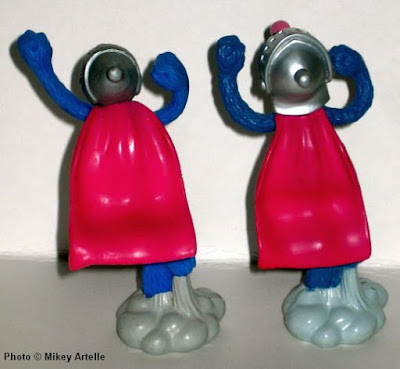 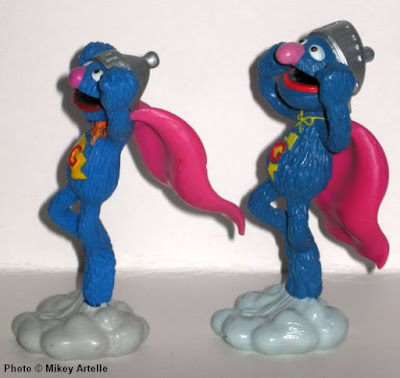 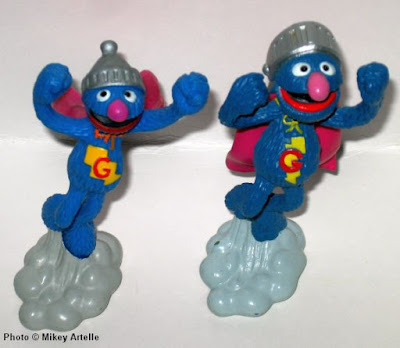 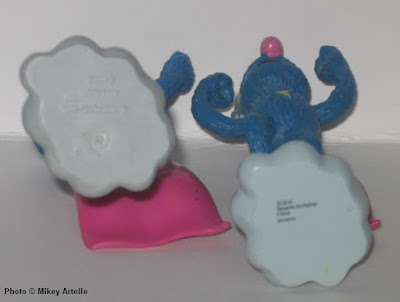 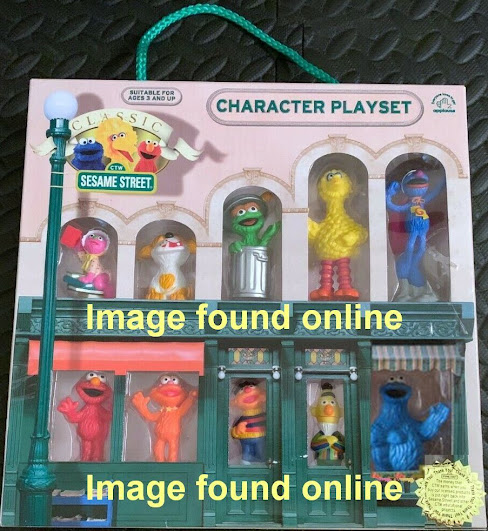 In 2000 Applause reissued their Super Grover figure for this ten figure boxed set. To my knowledge all of the figures are original to this set with the exception of Super Grover.
Update, April 2021: 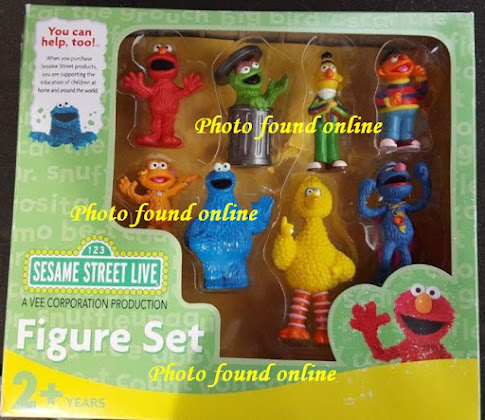 I found another picture online of a boxed set of eight PVC figures that was sold through the Sesame Street Live touring shows in 2008. The shows are produced and operated by the Vee Corporation. What's so remarkable about this set is that each figure is a new sculpt based on a previously produced figure, all of which were included in the Applause box set from 2000, as shown above. At a quick glance these figures appear to be the same figures as the originals, but a closer looks reveals that they are in fact entirely new sculpts. The Applause Super Grover figure from the 1980's is one of the figures to have been copied as a new sculpt, as shown below. The box that the Sesame Street Live figures are sold in was marked 2008, however I have seen the new Super Grover sculpt marked on the base with 2004, 2010, and 2014. The box also lists the full address for Colin Company in Minneapolis, MN USA. I'm not certain if this company manufactured these figures, was simply the distributor, or if they did both.
Posted by Mikey Artelle at 11:57 AM